Jeffrey Mandel Lawyer will fight for you 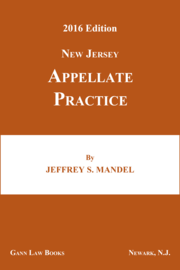 Jeffrey Mandel is the author or New Jersey Appellate Practice.

Though not a solicitation being sent to you, this web site may be considered an ADVERTISEMENT. Before making your choice of attorney, you should give this matter careful thought. The selection of an attorney is an important decision. If you believe this web site is inaccurate or misleading, you may report same to the Committee on Attorney Advertising, Hughes Justice Complex, CN 970, Trenton, NJ 08625-0970. 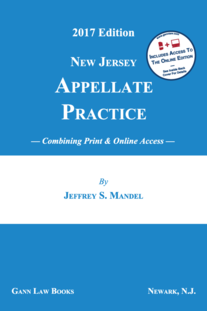 Jeffrey Mandel wrote the New Jersey appeal book used by judges and lawyers. Jeff Mandel teaches appeals at Rutgers Law School and is the managing partner at the Law Offices of Jeffrey S Mandel LLC, which has offices throughout the State.​

Learn about the personal life of Jeffrey Mandel at www.jeffreysmandel.com

Jeffrey Mandel is a former recipient of the Lawyer of the Year Award from the New Jersey State Bar Association, YLD, and was previously named one of New Jersey’s Top 40 Lawyers Under the Age of 40.  He has appeared as a legal commentator for TruTV (formerly Court TV), Fox News Channel, and CNN.​

​     Jeffrey Mandel is Certified by the Supreme Court of New Jersey as a Civil Trial Attorney. Only approximately 3% of all lawyers in the State of New Jersey receive the honor of being certified. The certification process requires an applicant to have demonstrated a substantial level of experience in civil trial law, been favorably evaluated by other attorneys and judges familiar with his work, and further requires the applicant to pass a written examination in civil trial law. The New Jersey Law Journal in 2015 honored Mr. Mandel for having obtained one of the highest verdict awards in the State of New Jersey. 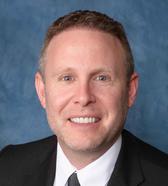 ​     Jeffrey Mandel attended Indiana University-Bloomington and Seton Hall Law School.  He served as a law clerk to the Honorable Donald G. Collester, Jr., in the Appellate Division, and he worked for appellate judges Charles E. Villanueva and William A. Dreier.  Prior to forming the Law Offices of Jeffrey S. Mandel LLC, Mr. Mandel worked as an associate at Faeger Drinker Biddle & Reath LLP and as counsel at Day Pitney LLP.